Menu
B Contact Us J Search A D Menu

As a school community and being part of God's family, the children of St. Paul's R.C. Primary School understand the importance of looking after others ( both adults and children) who are less fortunate than themselves. For this reason, the Caritas Ambassadors suggested that we try our best to help those people in poverty who are unable to feed either themselves sufficiently or their families. The Ambassadors decided to reach out to the local foodbank and ask if there was any way in which they could help. Blackburn foodbank asked the children if they would be able to collect tins or packets of food which could then be distributed between the needy families of Blackburn and its surrounding areas. To aid the school, they were provided with a food collection point which we placed at the entrance of our building.  The Ambasadors then held an assembly to promote their wonderful idea. Whilst the initial period was hugely successful, the amount of food being collected was beginning to dwindle but the Ambassadors were not prepared to be halted in their quest to help others.

It was decided that the way the food for the foodbank was collected should be changed, so the Caritas Ambassadors introduced class food boxes. Each class was provided with a large box and challenged to collect as much food as possible on a weekly basis. The class that collected the most items over the week enjoyed an extra 5 minutes playtime whenever they chose to take it. This competition between classes has had a major impact and the collection point is over-flowing with tins and packets on a weekly basis. It is so wonderful to see the children and families of St. Paul's taking such a fantastic cause to their hearts and helping those that need it the most.

On Friday 21st September 2019, the Caritas Ambassadors attended this year's Caritas Festival.  They enjoyed themselves, learnt lots and even took part in the 20 second challenge.

They came back from the Festival and decided that Blackburn FoodBank was going to be their focus charity this year.  They have made FoodBank collection boxes for each class and have a 'Friday count'.  The class that have brought in the most items in a week win an extra 5 minutes playtime.

The Caritas Ambassadors have visited Blackburn FoodBank to find out what happens to the items we have collected.  They are pleased we are making a difference for many local people who need our help!

On Thursday the 20th December three of the Caritas Ambassadors attended Blackburn Foodbank, where they delivered 8 hampers. These had been made up as reverse Advent Calendar boxes, where each child in school brought in a different item each day and placed the item into the box. During the weeks of Advent they collected 30 items in each hamper.

The Foodbank were very grateful and invited the Ambassadors back in the New Year.

Thank you to our families, as always, for your support. 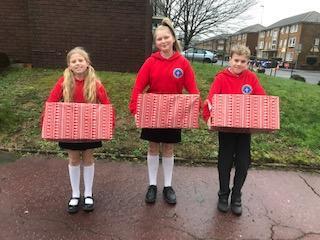 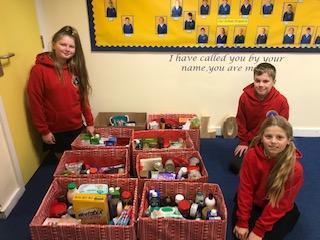 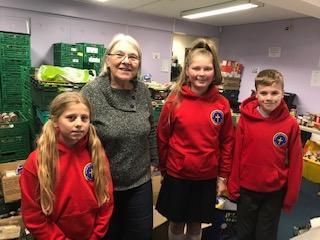 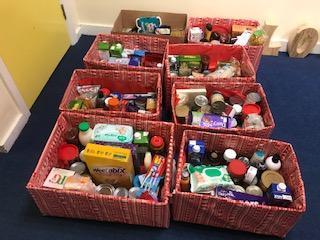 The Caritas Ambassadors will be supporting Child Action North West this Christmas by purchasing toys and games for them.

On Monday the 10th of December the Ambassadors, accompanied by Mrs Dexter and Miss Riding will go into Blackburn town centre, where they will purchase toys, games and some toiletries.

These will then be given to the CANW charity during an assembly on Tuesday the 11th of December. On the 2nd of October the Caritas Amabassadors attended the annual Caritas Festival Held at St. Bernadettes in Bury. There they learnt about all the charities supported by Caritas this coming year and listened to talks by Sister Judith. On the 14th of September the Caritas Ambassadors visited the Air Ambulance Charity shop for the day. Whilst there the Ambassadors greeted shoppers and served cakes as part of a Brew with the Crew initiative.

Once back at school the Ambassadors organised a blue and yellow day and a cake sale to raise money for the charity. The events rasied £285:95. 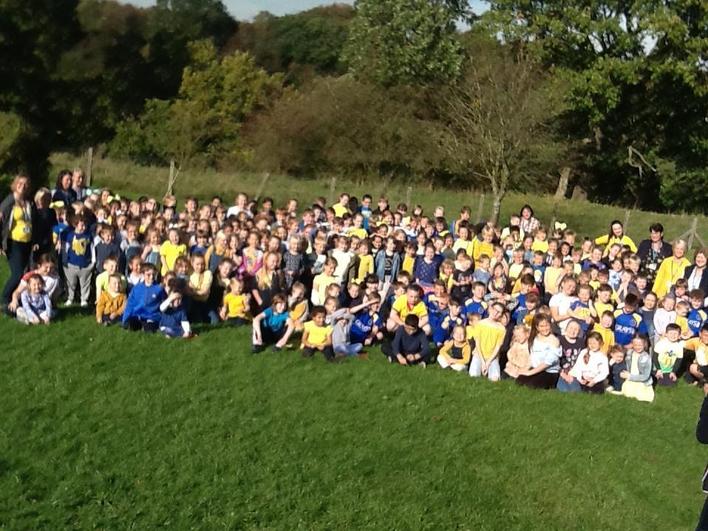 Caritas Ambassadors present the cheque to the Air Ambulance. 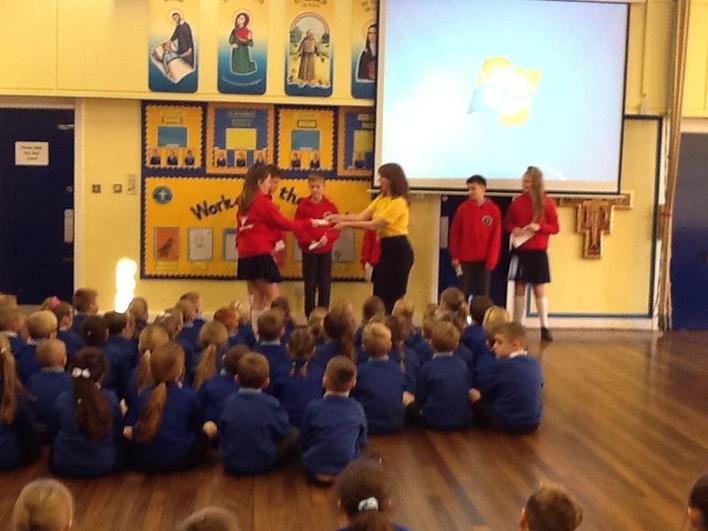 A cheque for £285.95 was presented to the Air Ambulance by our Caritas ambassadors.